South Florida is known for being a cultural medley with a diverse population.  Among the varied populace is a large portion of immigrants.  Most people realize that the blending of cultures in South Florida contributes to its unique atmosphere and flair. But what many don’t know is how much this diversity has to do with the growth of South Florida as a business start-up hub. Transplants moving to the area from the northeast United States, as well as immigrants coming from Europe and Latin America, create a mixture of cultures
that inspires the exchange of ideas. 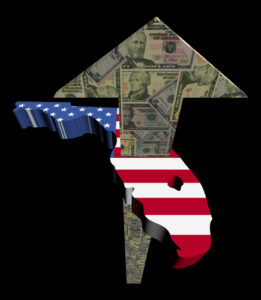 Two years ago, the Ewing Marion Kauffman Foundation published a national study entitled “Lessons for US Metro Areas: Characteristics and
Clustering of High-Tech Immigrant Entrepreneurs.”  The study found that Miami and Fort Lauderdale have the #1 and #3 most foreign-born high-tech entrepreneurs, and the #1 and #2 fastest growing metro areas in immigrant tech entrepreneurship. It is notable to mention that this study looked at data from 2000-2011, which is prior to the recent and ongoing explosion of tech start-ups in South Florida.

So let’s take a look at one of South Florida’s tech start-up founders. A successful immigrant entrepreneur, Bolivian Marcelo Claure created a company that now has revenues in the billions. In 1997, Claure started a mobile device distributing company in Miami, named Brightstar Corporation. Among many of its services, Brightstar now distributes mobile phones and devices, and provides wireless distribution and services to customers in over 125 countries. Beginning as a small, regional distributor focused on Latin America, Claure grew Brightstar until 2014, when he left to become the President and CEO of Sprint. When he left, the small, regional company he founded was a global business with gross revenues of more than $10 billion. And this is not an isolated incident. Claure’s company isn’t South Florida’s only immigrant start-up making billions. The influx of ideas that come with the high immigrant population in South Florida is making the area a huge entrepreneurial hub.