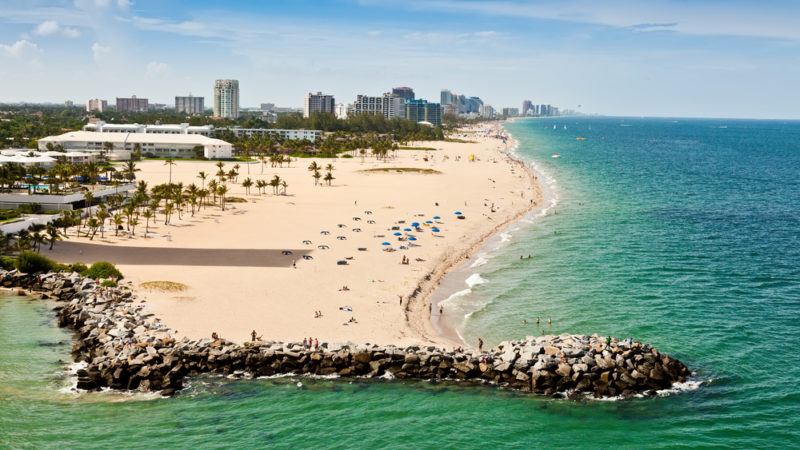 Fort Lauderdale has never experienced the kind of prestige and intrigue as its sister thirty minutes south. Miami thumps with a unique cultural pulse, and for the past couple years has seen a tremendous amount of real estate development. However, Fort Lauderdale is now poised to step out of the shadow from its southern sister.

One of the biggest things helping Fort Lauderdale come into its own is actually the development of Miami. In the past couple years, Miami has seen tremendous growth. Developers bought and built on all the best lots in the city, skyrocketing real estate prices and attracting a large number of foreign investors as well as domestic buyers. And as of the second quarter of this year, prices have stayed sky-high. As prices stay high in Miami, buyers in lower economic brackets who are looking for sand and sun are having to search elsewhere in South Florida for real estate. Direct stage spotlight to Fort Lauderdale!

But buyers aren’t just looking at Fort Lauderdale because it is a more affordable option than Miami. They are also attracted by the recent revitalization of the city. Most of Miami’s good lots were developed in the city’s boom, causing developers to set their sights just slightly more to the north. Fort Lauderdale, which has comparatively cheap land and lots for the South Florida area and still has room for expansion (and certainly improvement), is greatly appealing to developers.

In the past two years, Fort Lauderdale has started to see a lot of gentrification. Hotels, retail space, and residential complexes are changing the way the city looks. In the city proper, only 15 residential buildings were worked on in 2014. By 2015, that number jumped to more than 44. In February of this year, the list price of $40 million on a Fort Lauderdale mansion set the record for highest-priced home the city had ever seen. A large condo complex set to open in 2018 is starting prices at $2 million, and expects most of the buyers to be domestic. With a number of things going in Fort Lauderdale’s favor, the city appears to be in a great position moving forward. Perhaps all this new development will finally allow Fort Lauderdale to shine as brightly as Miami.