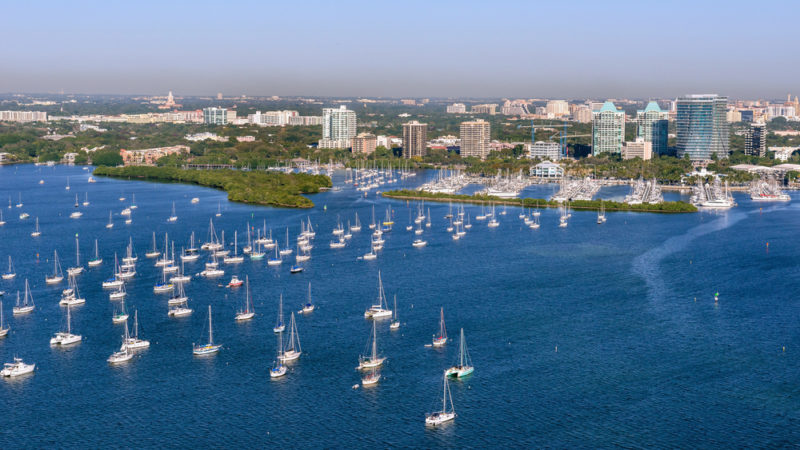 Old Coconut Grove used to be a bohemian space, full of artists, musicians, and writers. A place where creativity abound with a free spirited atmosphere and an anything-goes attitude. But as happens too often, the old heart and soul of Miami got suppressed and concealed under new money, big malls, and repetitive chains. The Grove became chintzy, so the money moved to South Beach and, over time, most of Coconut Grove declined into dull dinginess.

But everybody loves a comeback, and that’s what’s ramping up in the Grove. Lead by a group of locals who remember the golden days, the Grove is starting a revitalization, or reversion, back to its bohemian self. Projects range from simple paint jobs and face lifts, to unique businesses and luxurious condos. A handful of families bought a Johnny Rockets and refused to renew the restaurant’s lease. They plan to instead establish a restaurant truer to the Grove feel. Local and Grass River co-CEO Toby Cobb says, “I’ve thought the Grove was the coolest place all my life. The Grove was never Johnny Rockets. We just want it back.”

Revamping the Grove is an operation that has been successful so far. The locals aren’t alone in their push for progress as a number of government-sponsored projects in the area promise revitalization. Just for starters, the neighborhood’s principal entrance gets a facelift with tress, sidewalks, and bike lanes, and a new, large park on the Bayfront encourages sailing and paddling.

Most impressive of all is the fact that earlier this month construction finished on a two-tower luxury condo. The completion of this project is impressive because it is the first new condo complex established in Coconut Grove in the last decade; because all 98 of its units are sold out (with the exception of the penthouse); because more than half the units were sold to domestic buyers; because the design is different and daring and oh-so-Grove. At long last, it looks like the Grove is getting its groove back on!